ABERROSEXUALISM: An Agenda or an Ideology?


What are the core beliefs of the Aberrosexualist Ideology? 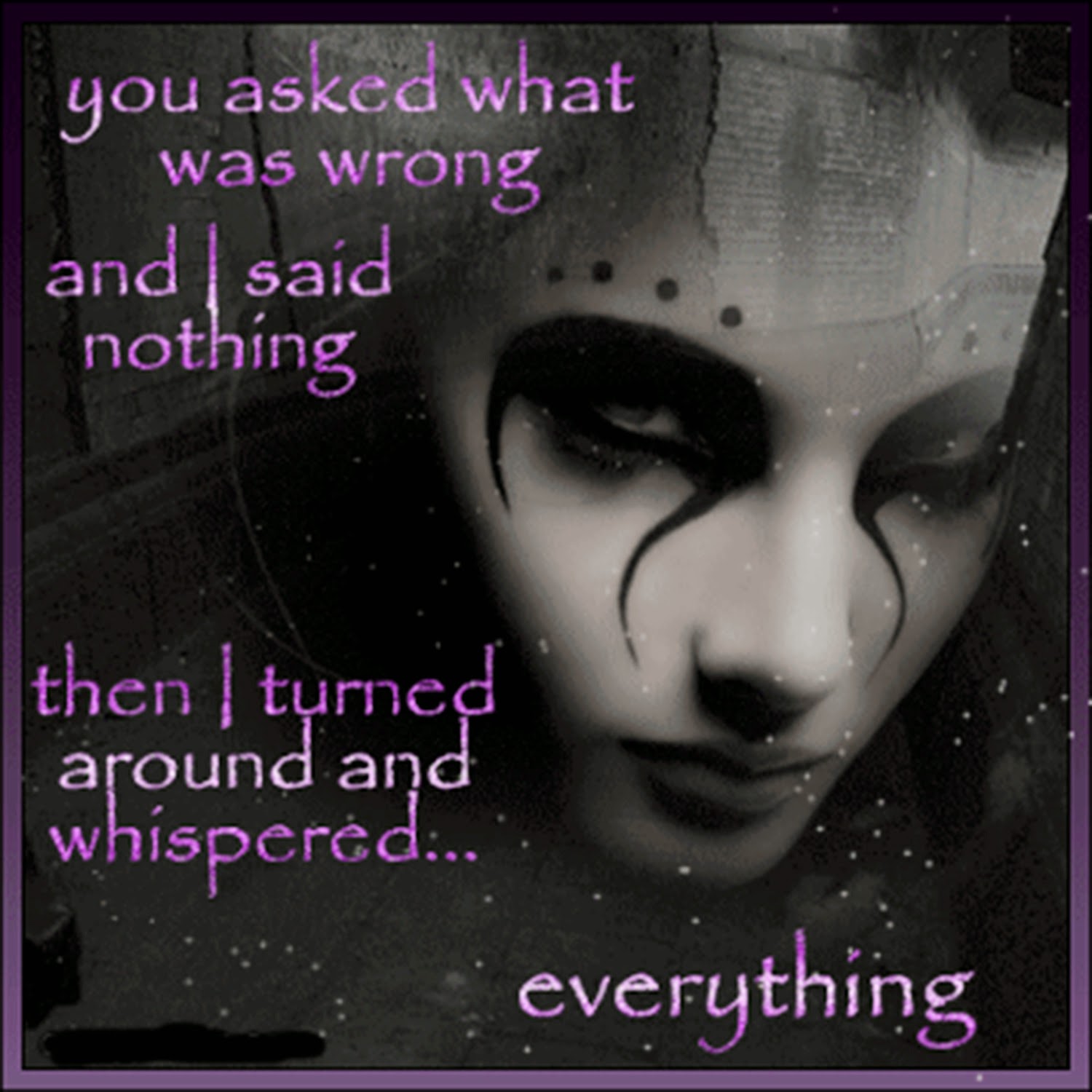 The modern meaning of the word ideology was born when Napoleon Bonaparte used it against his political opponents whom he called "ideologues" to expose what he considered their pettiness.

Generally speaking, an ideology is composed of four basic characteristics:
Aberrosexualism (homosexualism) is a virulently anti-Christian ideology or set of ideas founded on four diametrically anti-Christian beliefs: 1) practical atheism, 2) philosophical materialism, 3) moral nihilism and 4) sexual hedonism. These four core beliefs –atheism, materialism, nihilism, and hedonism- are radically inimical to a Christian worldview and Christian sexual morality and ethics. What are the definitions of these core beliefs?

1.     Practical Atheism is the practical denial that God exists. Atheism, in a strict sense, is the denial of the existence of a deity or deities. Practical atheism is the technical claim to believe in the existence of God while behaving as if God did not really exist. Although practical atheists “claim they believe in God, and perhaps believe in Him in their mind, in reality they deny He exists by their immoral deeds.”

2.     Philosophical Materialism is the belief that only the material or physical world exists; that everything is either made only of matter or is ultimately dependent upon matter for its existence and nature. Philosophical materialism denies the existence of anything non-physical, thinking that the universe has always existed and that human beings evolved from lower life forms that supposedly sprung from lifeless, inert matter.

4.     Sexual Hedonism is the belief that practically anything that it gives sexual pleasure is morally acceptable. The sexual hedonist thinks pleasure is the standard of morality, that pleasure is the ultimate good in life, and that everyone has the right to engage in whatever sex-related behavior or practice they think is pleasurable. Sexual hedonists oppose all laws or regulations concerning sexual behavior.

Please share this information with your relatives, friends, and neighbors.

SEXUAL BEHAVIORAL CHOICES ARE NOT INNATE

Simply stated: No one is born wanting to dress
like a woman, stick anything up their rectum,
or sodomize another human being.

Virtually no serious person disputes that in our society, people generally are led to believe that sexual behavioral choices are unchosen and unchangeable. But Aberrosexualist ideologues go a step further: they dogmatically insist that aberrosexuals are a natural subset of every human population and that anatomically incorrect, biologically aberrant sexual behavioral choices, or aberrosexualism are somehow etched into some people’s DNA.

Are aberrosexuals indeed born that way? The question has immense political, social, and cultural repercussions. For example, some of the debate over applying the Constitution’s equal protection clause to aberrosexuals focuses on whether aberrosexualism is an inborn characteristic. And the major argument aberrosexualist ideologues have made for religious affirmation is: “God made me this way.”

Thus, if it’s proven that sexual behavioral choices are not innate, the irrational ideological scaffolding upon which today’s Aberrosexualist groups have been built completely crumbles. Given the high stakes, most aberrosexualists are belligerently dismissive or openly hostile toward anyone refusing to believe that choosing to behave aberrosexually is an essential, natural characteristic of some members of the human race.

What Do Scholars of Aberrosexual History Say?

But a surprising group of people doesn’t think this – namely, scholars of aberrosexual history and anthropology. Although they’re almost all aberrosexualists themselves, they have decisively shown that aberrosexualism is, by and large, a product of Western society originating about 150 years ago.

Using documents and field studies, these intrepid social scientists have examined the incidence of aberrosexual behavior in other times and cultures to see how aberrosexuals have fared. But they’ve come up empty-handed. Sure, there’s substantial evidence of both discreet and open same-sex attraction and activity in pre-modern times. But no society before the 19th century had aberrosexuals or even discernibly aberrosexually-oriented individuals.

(There weren’t orthosexually-oriented people, either. Only modern-day, Western society thinks people are oriented in only one direction, as aberrosexual history pioneer Jonathan Ned Katz, formerly of Yale, explained in his book The Invention of Heterosexuality.)

According to the experts on aberrosexualism across centuries and continents, "being" an aberrosexual is a relatively recent social construction. Few scholars with advanced degrees in anthropology or history who concentrate on aberrosexualism believe aberrosexuals, per se, have existed in any cultures before or outside ours, much less in all cultures. These professors work closely with an ever-growing body of knowledge that directly contradicts “born that way” ideological construct.

Please don’t confuse these points with amateur arguments of people like Brandon Ambrosino. The subtle, counter-intuitive academic case that being an aberrosexual is a social construction relies on abundant studies built out of actual data from leading scholars at major universities. Someone who quotes a few lines from Foucault and then declares that people choose their sexual behavioral preference is making a mockery of this serious, vital subject.

Journalists trumpet every biological study that even hints that aberrosexualism and orthosexuality might be hard-wired, but they show little interest in the abundant social-science research showing that sexual behavioral choices cannot be innate. Scholars interviewed for this essay were variously dismayed or appalled by this trend.

For example, historian Dr. Martin Duberman, founder of the Center for Lesbian and Gay Studies, states “no good scientific work establishes that people are born aberrosexual or orthosexual.” And cultural anthropologist Dr. Esther Newton (University of Michigan) called one study linking sexual behavior to biological traits ludicrous: “Any anthropologist who has looked cross-culturally (knows) it’s impossible for that to be true, because sexuality is structured in such different ways in different cultures.”

While biology may certainly play a role in sexual behavior, no “aberrosexual gene” has been found, and whatever natural-science data exists for inborn sexual behavioral choices is preliminary and disputed. So to date, the totality of the scholarly research on aberrosexual behavior indicates it is much more socio-cultural than biological.

Knowing about the phantom aberrosexual past when everyone else is certain aberrosexualism has always existed can be frustrating. Aberrosexual history professor Dr. John D’Emilio (University of Illinois-Chicago) once lamented that even while Aberrosexual historical scholarship accepts the “core assumptions” of the social-construction idea, “the essentialist notion that aberrosexuals constitute a distinct minority of people different in some inherent way has more credibility in American society than ever before.”

Today’s categories for sexuality correspond poorly with times past. Dr. Duberman put it this way: “Were people always either aberrosexual or orthosexual? The answer to that is a decided no.” Instead, people from other eras who slept with members of their own sex “haven’t viewed that as something exclusive and therefore something that defines them anthropologically as a different category of human being.”

Many popular attempts to portray an age-old history of Aberrosexualism start with ancient Greece. We do have much documentation — the poetry of Sappho, Greek vases depicting men in flagrante – that same-sex relationships were common in that culture.

But scholars don’t think the ancient Greeks had an aberrosexual minority. Rather, that civilization thought Aberrosexualism was something anyone could enjoy. In addition to a wife, elite men were expected to take a younger male as an apprentice-lover, with prescribed bedroom roles. The system was so different from ours that to describe specific ancient Greeks as aberrosexual or orthosexual would show profound disrespect for their experiences, and violate the cardinal historical rule against looking at the past through present-colored lenses.

Another example in which evidence of same-sex relations has been misinterpreted to depict an aberrosexual minority involves 18th-century upper-class female romantic friendships. Even those women who probably had genital contact with each other in that context thought about sex and intimacy in such culturally specific ways that scholars have spurned the viewpoint (nearly universal among non-scholars) that any two females who wrote each other love letters and shared a bed were obviously lesbians. 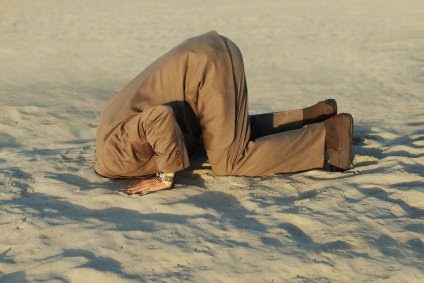 REMEMBER the "transsexual" debate? Where aberrosexualist ideologues insist that although a person's sex is a scientifically demonstrable, genetically established, biologically assigned reality, you can somehow "change" your sex to please your sexual preference or fancy?


Aberrosexualists ideologues must think we're all morons or on the same drugs they're on. Right?

An individual has the right to believe he is whatever sex he wants to be, but he doesn't have the right to force anyone else to believe it; especially when his belief directly contradicts his DNA.