WHY DO PARTISANS of the macabre ideology pushing the normalization and bizarre “celebration” of anatomically and biologically aberrant, morally deviant sexual behavioral choices, or aberrosexualism, refer to people's sex by the incorrect, unscientific, grammatical term “gender” rather than the correct, scientific term “sex”?

Is there more here than meets the eye? Is this an honest mistake or another cold and calculated abuse and manipulation of language by ideological extremists for psychological rhetorical advantage?

Rather than being a means of communicating reality and the truth, language today is being misused to control and manipulate people for ideological ends. The mediating character of language is being corrupted. Through propaganda and an unethical fakestream media, anti-human ideologies are systematically distorting words and destroying their meaning. They communicate apparent realities whose fictive character falsifies, misinforms, and destroys the very meaning of things.

Sex is the objective, specific, scientific name for the biological and physiological reality of male and female. Sex is a precisely determinable genetic fact; a scientifically demonstrable biological reality referring to persons or animals. As such, like it or not, an individual's sex can never be altered or changed. While an individual's physical appearance can be cosmetically changed or modified, or their personal opinion as to their sex can change; their DNA, genetic makeup, or chromosomes can never be altered.

“Gender” is the unscientific, ideological euphemism-of-choice of aberro/feminist ideologues; "sex" or "sexual" are the precise, scientific, objective terms used by normal, unbiased, science-based people. “Gender identity” and “gender expression” are also non-scientific, ideological terms, i.e., terms pushing an ideological position. Both terms are difficult if not impossible to scientifically interpret and define.

Bear in mind that you reinforce extremists' lies and confusion whenever you use aberrosexualist propaganda terms or expressions like "biological male," "biological female," or "gender.” As far as the facts are concerned, a so-called ‘biological male’ is and always will be a male, and a so-called "biological female" is and always will be a female. Yes, people can cosmetically alter their physical appearance, but they can never change the chromosomes that make them a man or a woman until the day they die.

The irony of it all is that the same jokers that adamantly insist you believe that an individual's sexual behavioral choices are genetically hard-wired; are a part of their very identity, and, therefore, can never change, dogmatically insist that you believe the absurd superstition that an individual's biological sex is fluid, socially constructed and can be changed to please their fancy.

Just because aberrosexualist ideologues use coldly-crafted propaganda terms and expressions to fool the public into falling for their lunacy, doesn't mean honest, responsible people should use them also. Our discourse should be completely free of all aberrosexualist Newspeak. You start winning the Culture War by speaking truthfully and calling things by their correct name. Yes, your choice of words does matter! 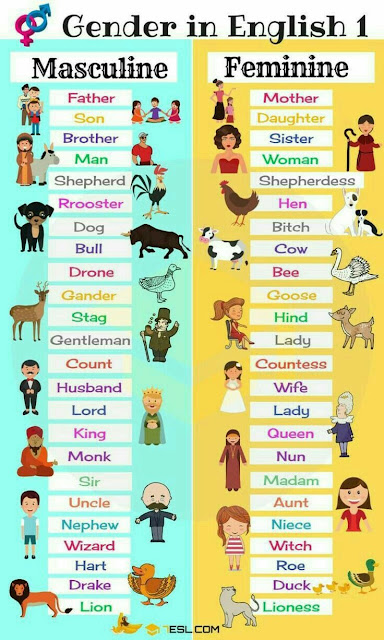 WORDS HAVE A GENDER.
HUMAN BEINGS HAVE AN UNCHANGEABLE SEX.

The ones that hate; the ones who love...